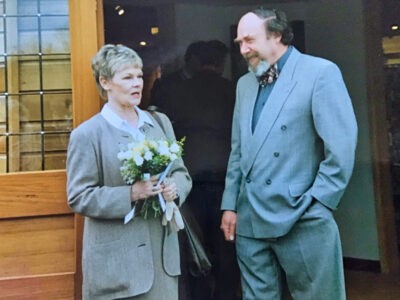 In 1990, John was commissioned by Hever Castle in Kent, to produce a miniature exhibition. A very early Mediaeval house was made by John, becoming the first out of a series of three large houses and several room settings. These were built to depict the history of the architecture, furniture, costume and lifestyle of the times – from early Mediaeval, Elizabethan, Restoration Stuart, Georgian to the Victorian era. 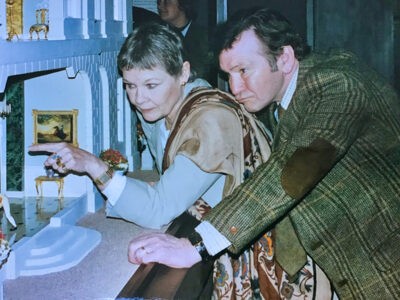 For one man to attempt to make these huge models, together with their furniture, John had to diversify and develop his casting skills. Using moulds made from his hand-carved original pieces, he was able to cast items in metal and resin. The long gallery of the Elizabethan house, has highly carved panelled walls and a wonderful honeysuckle design on a half-barrelled ceiling. This is just one example of the great care and attention to detail involved in making these models. You will see examples of John’s wonderful carving in various houses throughout the collection.
In contrast to this, most of the furniture in the Hever Collection is hand-carved in wood, using either mahogany or walnut.

John spent almost ten years working to create the exhibition which was opened by Dame Judi Dench, who is herself, a miniature enthusiast.